Plot: The story of Easton West, an internationally-renowned yet volatile celebrity chef who has a spectacular fall from grace and returns to his hometown in the Adelaide Hills, Australia.
TV Shows

Plot: "Like sands through the hourglass... so are the Days of Our Lives." These words, spoken by late cast member Macdonald Carey, open every episode of this daytime drama, chronicaling the trials and tribulations of the citizens of the fictional city of Salem.
TV Shows

Plot: Legends of the Pharaohs brings to life Egypt's great pyramid builders and traces one remarkable century of epic construction at Giza. The new UK premiere series shines a light on the personal stories of individuals who took part in the construction of the pyramids and the Great Sphinx. Experts and historians explore the birth of these ancient wonders through the eyes of the architects, stone cutters, soldiers and farmers who toiled to fulfil the pharaohs' visions
TV Shows

Plot: Providing comedy/news in the tradition of TV Nation and SNL's Weekend Update, Comedy Central's Daily Show reports on the foibles and of the real world with a satirical edge. In addition to news stories, the Daily Show also has celebrities (and semi-celebrities) on for interviews with the host, Trevor Noah. Lampooning everything from televangelists to Charlton Heston ("I did not play a homo in Ben-Hur"), and shamelessly assigning faux-news epithets ("Newt Gingrich: Giant Toddler") Kilborn, Winstead, and the crew actually manage to report some real news from time to time.
TV Shows 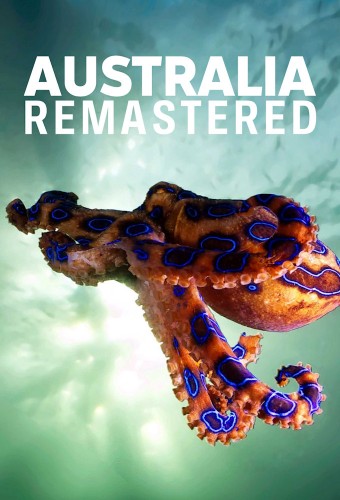 Plot: Join host Aaron Pedersen as he takes audiences on a journey around Australia, exploring the country's iconic wildlife, its unique landscapes and the great oceans that surround it.

Across 15 episodes, Pedersen, a proud Arrenente and Arabana man, explores everything from orca pods and wombat kingdoms, to the epic seasons of Kakadu and the rugged beauty of Australia's arid Red Centre, plus the vast aquatic wildernesses of the Indian, Pacific and Southern Oceans. Offering insights into the stories of the land and the animals that live there, rare footage is deftly woven together with the latest scientific research, shining a new light on Australia's remarkable natural world.

The series draws upon the ABC's rich treasure trove of unique 16mm and 35mm archive footage, which has been digitally remastered, preserving the footage - some of which may never be captured again - so it can be enjoyed by audiences for generations.
TV Shows

Plot: BattleBots is a robot combat competition that takes place in an elimination style tournament. Designers build, operate and battle their destructive robots until a champion is crowned.
TV Shows

Plot: The saga of the rich Forresters and the poor Logans is told against the backdrop of the fashion world in Los Angeles. Forrester Creations is the premiere fashion house in the city, thanks to the designing brilliance of Eric Forrester and the money and social grace of his wife, Stephanie Forrester. The ups and downs of their on-again, off-again marriage parallel the stormy lives of all their children, who have shared lovers and spouses with one another and even with their own father. Ridge Forrester is the arrogant oldest son (whose paternity will eventually be called into question); Thorne, the oft-neglected younger son; Kristen, the sweet but sexually-frigid older daughter; Felicia, the wild child. At the center of many of these storms is the Logan family. Beth Logan, the matriarch, has always carried a torch for Eric. Her three daughters include Brooke, the willful and sexually promiscuous oldest; Donna, the ditsy model; and Katie, who has always felt overshadowed by her more beautiful older sisters. Into the lives of these two families comes the brazen Sally Spectra of Spectra Fashions, a knock-off house that has frequently stolen from Forrester; Taylor Hayes, the beautiful but emotionally-troubled psychiatrist; Sheila Carter, a devious and homicidal nurse; the Marone family, with closer ties to the Forresters than anyone would have dreamed; and many others. Death, divorce, alcoholism, duplicity, betrayal and adultery are the everyday concerns, while murder, attempted murder, rape, impersonations and returns from the dead are the bizarre shocks that happen with dreadful regularity.
TV Shows