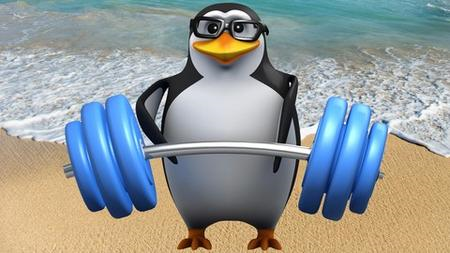 Learn how to snag the most in demand role in the tech field today!

Linux is a powerful and widely used operating system, it is free and open source software. It can run on wide range of hardware platforms like desktops, servers, mobile devices and even supercomputers. Most of the top companies in the world use Linux servers. Linux is growing very rapidly and demand for Linux talent is on the rise. So acquiring Linux skills can help you land a job and get ahead in your career.
This tutorial is designed for computer users who have limited or no previous knowledge of Linux. If you are complete bner in Linux or have never worked on command line, then this course is for you. In this course you'll learn Linux from scratch.
Learn to Program Using Any Shell
What you learn in this course can be applied to any shell, however the focus is on the bash shell and you'll learn some really advanced bash features. Again, whether you're using bash, bourne (sh), KornShell (ksh), C shell (csh), Z shell (zsh), or even the tcsh shell, you'll be able to put what you learn in this course to good use.
Perfect for Linux, Unix, Mac and More!
Also, you'll be able to use these scripts on any Linux environment including Ubuntu, Debian, Linux Mint, RedHat, Fedora, OpenSUSE, Slackware, Kali Linux and more. You're scripts will even run on other operating systems such as Apple's Mac OS X, Oracle's Solaris, IBM's AIX, HP's HP-UX, FreeBSD, NetBSD, and OpenBSD. (Sorry, this course is NOT for Windows scripting or powershell scripting.)
Become an effective Linux user and advance your Career. Learning the Linux Command Line will take you FAR!
Learn to appreciate the power of the Linux command line.
Understand the structure of the Linux File System.
Learn how to utilize Linux man pages and help tools.
Realize the differences between soft and hard links.
Learn how to navigate your Linux File System using few simple commands!
Learn how to create, modify and process files.
Learn how to create your own Linux commands.

Anyone interested in shell scripting or shell programming.
Anyone who wants to get started with Linux.
Existing Linux users or learners who wants to be effective at using the Linux command Line.
Aspiring Linux system administrators.