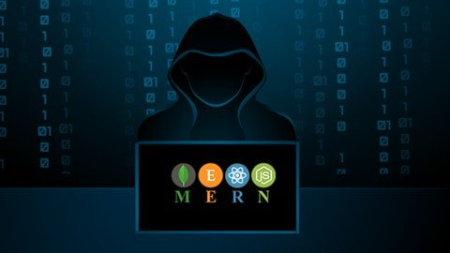 Discover the key concepts covered in this course.

Prepare the dependencies for developing the backend of a MERN application.

Register for a cloud-based MongoDB Atlas account and create a working cluster for a MERN application.

Build API routes with Express to handle interaction with a MERN app.

Use JSON web token authentication in an MERN application.

Create home page and nav components for a MERN application.

Deploy a MERN application to Heroku cloud-based platform as a service.

Summarise the key concepts covered in this course.

The MERN (Mongo, Express, React, and Node) stack is an excellent choice for building powerful and flexible data-driven web application. In this videos course, leaners will discover how to employ different technologies that make up the MERN stack to build a basic authentication application for full stack development.

B by examining key considerations to observe when planning a MERN app, then create a MongoDB Atlas account and a working cluster for a MERN app.

Connect to MongoDB Atlas and explore how to handle errors. Learn how to build data models for a MERN app by using MongoDB and Mongoose, validate request body payloads, and configure JWT (JSON WEB TOKEN) authentication.

Next, you will learn how to create and use middleware, and create unit tests by using the Jest unit testing framework. Examine how to configure React and Redux, and how to manage state by using reducers and actions.

This is not an intro to MERN stack course so you should know the basics of MERN stack.

The course concludes with a demonstration of deploying a MERN application to Heroku cloud-base platform as a service.

Who this course is for
Intermediate MERN Stack Developers