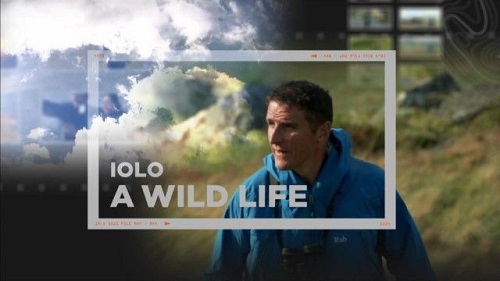 Chapter 1:
Iolo discovers delightful barn owl chicks in a Trawsfynydd barn, great crested newts in a housing estate pond in Johnstown, Wrexham, and dormice in a Gwent woodland. He also comes across a stoat on the Great Orme in Llandudno and Arctic Alpine plants and relic fish from the Ice Age in Snowdonia.

Chapter 2:
Iolo goes in search of water voles in a water channel in the Glaslyn Valley of Snowdonia, which he filmed 20 years previously. He also revisits mice in Coedydd Aber oak woodland in north Wales, the annual Manx shearwater and puffin survey at Skomer Island off the Pembrokeshire coast, and an explosive way of catching oysters on the Menai Straits.

Chapter 3:
Iolo goes river dipping in the Severn near Newtown, encounters slippery frogs in a freezing stream and a family of otters on Stackpole ponds, Pembrokeshire. He also recalls filming short-eared owls hunting on waste ground in Kinmel near Rhyl, and a stunning kingfisher on a pond created on reclaimed coalmine land in Dare Valley Country Park.

Chapter 4:
Iolo recalls looking for black-throated divers in the middle of a Scottish thunderstorm and tracking a great grey shrike in a blizzard in the Brecon Beacons. Plus, some rare species that he's filmed over the years including honey buzzard chicks, white-clawed crayfish, fresh water mussels, natterjack toads and little terns.

Chapter 5:
Iolo discovers a barn owl nesting in a tree hole with chicks at Penrhyn Castle, thousands of mining bees nesting on grassland in Pontypool Park, long-tailed tits feathering their nest in Singleton Park, a treecreeper taking a nap in Gregynog Park, and hundreds of bats feeding over Pembroke Mill Pond.

Chapter 6:
Iolo recalls finding lizards and slow worms on country lanes in Snowdonia back in 2000. He also discusses watching a kestrel take a lizard while walking the Ceredigion coast path between Cwmtydu and Llangrannog, and bottlenose dolphins hunting for fish off the Mwnt.

Chapter 7:
Iolo thinks back back 10 years to memories of 800 ravens roosting in Newborough Forest, Anglesey and their extraordinary calls. He recalls a visit to Grassholme Island off the coast of Pembrokeshire in 1996 to see a colony of over a hundred thousand gannets. Plus, the wildlife of slate quarries, the breath-taking underground landscape of a mine in Blaenau Ffestiniog.

Chapter 8:
Iolo recalls one of his first appearances on TV back in 1996 in which he was looking for black grouse on Ruabon Mountain. He also remembers heading to Scotland in 2003 to film mating golden eagles.