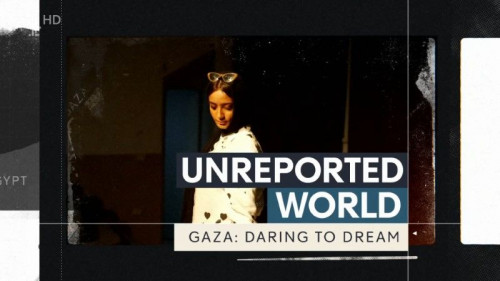 CH4 Unreported World - Gaza: Daring to Dream (2022)
English | Documentary | Size: 405 MB
A report on Gaza's underground art scene, within which young Gazans are trying to express themselves in the face of an Israeli blockade. As Jonathan Miller discovers, simple pleasures - such as going to the cinema or putting on a play - can be a risky endeavour. Nineteen-year-old singer and actress Rahaf, is just one person whose career has been forced underground, running the gauntlet of Gaza's morality police.