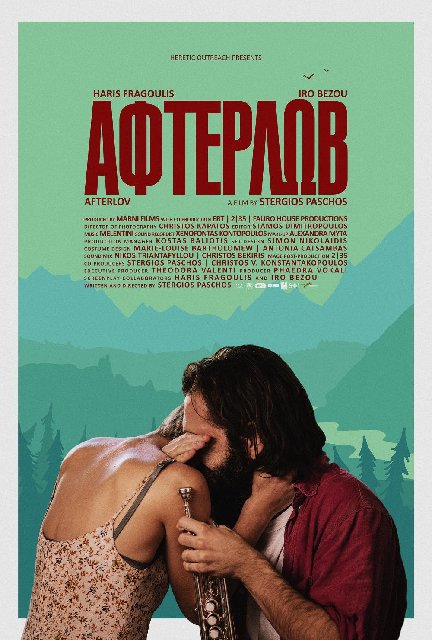 Plot: It's summertime in Athens and Nikos, a 30-year-old broke musician, is taking care of a luxurious villa in the suburbs that belongs to a friend of his. Between poolside cocktails and fooling around with the dog that he is meant to take care of, Nikos has a plan. Still unable to get over his recent break-up with Sofia, he figures this is a unique opportunity to get some much-needed answers and he invites her over for the weekend. Sofia delightfully accepts not knowing, of course, that Nikos' plans are not as innocent as they seem. Nikos locks himself up in the house with Sofia and refuses to let her leave until she provides some rationale for the break-up, turning their alleged carefree holiday into a mess of games, fights, laughs and introspection. Is Nikos ever going to get the answers he was looking for? Is Sofia ever going to be able to explain why they broke up? Afterlov is a funny, poignant and scathing post-love story between two people who refuse to grow up.