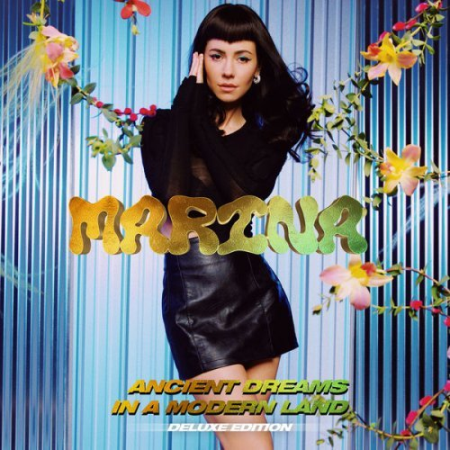 MARINA has announced the deluxe edition of her Ancient Dreams In A Modern Land album, and has unveiled one of the three bonus songs, "Happy Loner".
After teasing the release of a new song on socials earlier this week, MARINA has delivered "Happy Loner", a track she shared a snippet of back in September 2020.
The new track also accompanies news of MARINA's deluxe version of her June album Ancient Dreams In A Modern Land, which will feature two other bonus songs - "Pink Convertible" (a song first teased during last year's Bose songwriting class) and "Free Woman" (teased on socials last month).
In October MARINA revealed she was already writing her sixth album.
"Happy Loner" is out now. The deluxe edition of MARINA's Ancient Dreams In A Modern Land album will follow on 7 January 2022.